A very happy new year readers. We hope that the last year was amazing for all of you and we wish that this new year brings all the opportunities that you have been waiting for. Let’s talk about app reviews.Android app reviews are a measure of your app’s quality. When people look for an app, they see the app rating and then read user reviews. App reviews and ratings also indicate your app’s position in the app chart. The apps occupying top place in the chart have good app reviews as well as app ratings. This increases their visibility and hence the app downloads gets increased. In simple words, the better the app rating, the more visibility you get, the more downloads your app can make. Reviews plays yet another important role. 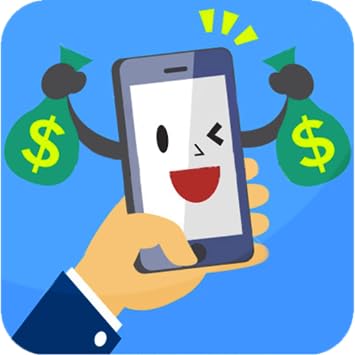 Before using an app, people go through the user ratings. This can be seen as a trust making process. If the user reviews are good, people will definitely try your app and this can also lead to better app conversions. These user ratings are what that decides how well an app is performing. Now, before you download, you go through the reviews. These reviews give an idea about the facilities of the app and the problem you are likely to face if you use that app. User reviews are a vital thing. The success of the app depends upon the kind of user ratings that you get.So today, we will talk about the importance of an app review money earn app.

The first and foremost thing that app review does is provide the user feedback to the people who want to use that app. When a person wants to try out a new app, he/she goes through the user reviews of the app. This is necessary too. Consider this example. Let’s say you want an app that lets you take notes and organise your tasks. Now this is an important task and you need an app that you can rely on. It would be terrible if you found that the app crashes frequently or that it does not sync regularly or that there is a bug in that build after you download and start using that app. This indeed is a terrible thing. That’s when reviews come to play. It is likely that many people have used the app and wrote reviews to share their experiences. Now if you come across an app with many bad user reviews, you know that app is to be avoided. User Reviews lets you make a clear and confident choice. Plus the number of installs lets the user know if your app is popular and worth trying or not.

Like many software, apps are prone to bugs as well. It is indeed a program after all. Many a times, there is some glitch or issue with the app despite careful consideration and development. These small issues can cause improper app functioning https://www.freehitapp.org/. Mostly, app are verified for performance but few a times, some things go unnoticed. Now, the people using your app normally write a review on the issues and after going though them, you can identify the problems and solve them.